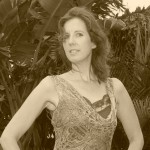 Kristen began playing the flute at age ten and continued her musical training in high school and college. Her exposure to music at a young age paved the way for the formation of their family band, “Grass with Class,” and later their album, Friends, as well as other rewarding projects. The influence of David Grisman and the “Dawg” movement opened the door for Kristen to explore another realm of her musicianship. Her vocal influences include Emmylou Harris, Claire Lynch, Nancy Griffith and Shawn Colvin.

Sorry, the comment form is closed at this time.